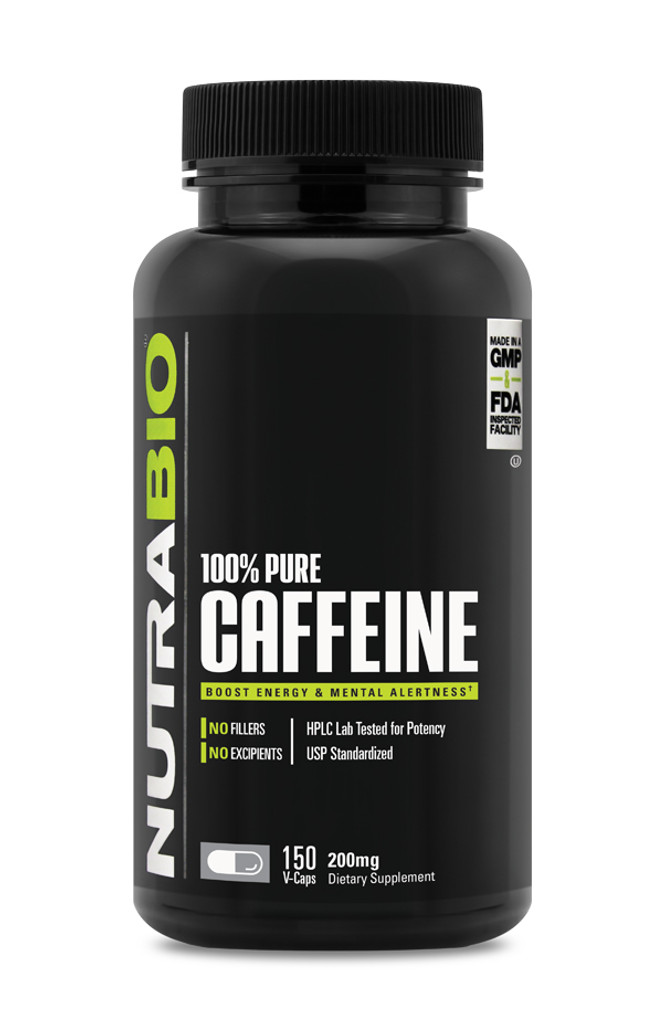 Caffeine has been shown to enhance fat-loss, maximize energy, increase performance in aerobic and anaerobic events, and works in synergy with other substances such as choline and acetyl l-carnitine (ALCAR). Caffeine is primarily used as a power and energy accelerant! It's perfect to super energize your body for powerful workouts. This fast-acting substance delivers the right molecular structure to your energy systems for maximum energy and power output. Caffeine is fast-acting because it stimulates the central nervous system so you're neurologically charged to increased levels of alertness and focus.

Caffeine is one of the most popular fast acting stimulants. Caffeine acts as a central nervous system stimulant, increases the release of adrenaline, acts as a thermogenic agent (raises metabolic rate and core body temperature), increases the use of body fat for fuel, and spares muscle glycogen increasing endurance.

Studies suggest Caffeine has significant effects on physiological response and performance of trained athletes. Caffeine should be taken approximately Three hours before training for maximum benefit with ample fluids. If Caffeine is taken on a daily basis, the positive benefits to training will be diminished. Caffeine ingested through foods and beverages should be limited to ensure a maximum training effect.